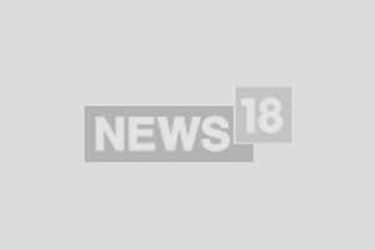 NEW DELHI, INDIA - JULY 26: Social activist Anna Hazare (C) joined former servicemen during their protest against the Centre over the non-implementation of One Rank One Pension at Jantar Mantar on July 26, 2015 in New Delhi, India. Hazare said the veterans serve the country but don't get their due. He accused the National Democratic Alliance (NDA) government of not fulfilling even a "single promise", including the implementation of one rank one pension (OROP) scheme, and assured the defence personnel that he will do everything possible to help them. (Photo by Arun Sharma/Hindustan Times via Getty Images)